THE LEGEND OF SNOW WHITE 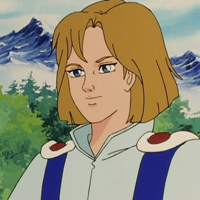 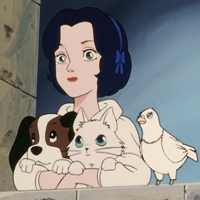 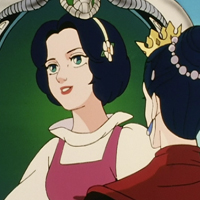 The legend of Snow White

After the death of his wife, King Conrad decides to remarry for the sake of his only child, the beautiful Snow White. However, during her husband’s absence, the King’s new wife soon proves her cruelty. Known and feared by the name of “Lady Chrystel”, the dark queen uses black magic in attempt to eliminate Snow White with a poison apple. After a terrible night of wondering through the woods, the princess discovers a cosy little cottage. The meeting with the inhabitants of the house – seven kind and gentle dwarves – is at first a bit frightening, but a meaningful and enduring friendship will in the end blossom.

The King of the Forest

Among the friends of Snow White there is Jack an orphanchild who wants to Help Snow White with her adventure and misadventure... one day Snow White discovers Jack as the king of the wood, he can talk with the animals and the trees…

tv movie MOUSE TO VIEW IMAGE: The King of the Forest

Snow White’s mother is deceased.King Conrad, called upon to defend his country, has left the castle, leaving in charge the girl’s wicked queen stepmother.Jealous of the love Snow White has for Richard of Albertville, the stepmother hatches the most vile and sinister traps to hinder the young girl, and the discovery that Richard’s feelings are mutual for Snow White makes her all the more furious! To make matters worse, the magic mirror used by the Queen to tell the “fairest of them all” soon confirms that Snow White is indeed the most beautiful girl in the kingdom.....