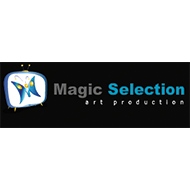 Our work here is summarize the History of Arabic Number. The series produce the Numbers in many nice characters each character presents his identity in entertainment and educational style also.

NOBLE BIOGRAFY OF THE PROFET

NOBLE BIOGRAFY OF THE PROFET

It consist s of serials that narrate the biography of the Prophet (God's praise and peace be upon him) in a simplified way, tackling the condition of the religious and creed of the Arab island before the prophet's birth, passing by the events, the mission history then the Hegira to the Medina until his death and the emersion of the last part of the mission in the island.

Our hero in this work is a parrot his name is (pagh pagh), when pagh pagh mother start to teach his son the defence between the Arabic language and the other languages, with the dictionary help, pagh pagh travel via the dictionary to the letters world and he learn what the meaning of each letter, and what the descent and important of Arabic language...