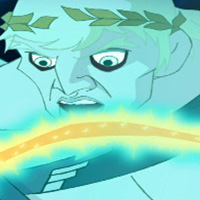 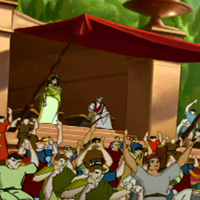 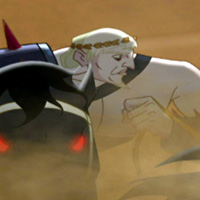 Emperor Adrian, old and sick, chooses his grandson Marcus, Domitia’s child, as his successor on the throne. But Catilius, the wicked and no scruples Adrian’s counsellor, wants to kill the child to take his place in the Empire. In the meantime, in Antiochia, Ali, the Elect who will save the Empire by the evil, grows ignoring to be Fabio’s son, the legitimate governor of Antiochia, killed by Catilius many years before...

The warriors of the Sun decide to join the Seven Wonders tournament where they will brave many teams from all the parts of the Emperor and also the team headed by Catilius: the winner of the gladiatorian competion will have Domitia’s hand. In the same time Ali has to pass seven hard tests to know the truth about his past and about his destiny...