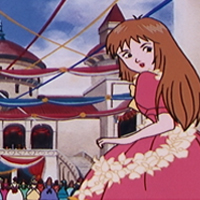 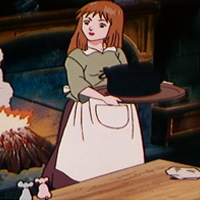 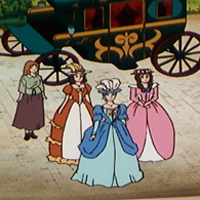 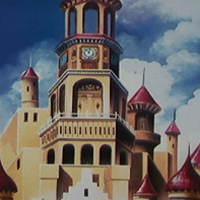 Following her father’s departure, Cinderella is suddenly wrenched from the quiet world so familiar to her up to then. Her stepmother and stepsisters, terribly beautiful and imposing on the orphan the most tiresome house works. Humiliations and abuses are also forced upon the household cat, known for his tendency of getting into trouble. Cinderella, however, doesn’t despair herself and several supportive friends always manage to cheer her up, and in particular her beloved ChouChou, Bingo, Patch and Papy... Madame Paulette with a powerful magic wand, the enigmatic Charles, the wicked Duke Zaral... Adventure and love in one of the most classic story... The happy ending is assured.

The story tells of a Cinderella in the hands of her cruel mother... The enigmatic prince Charles is tired of his court life a young rebel detesting all form of constraint, is often forced to lie in order to hide his true noble identity of Prince of Emerald Country but one day he met Cinderella, his love…

Conspiracy at the Emerald Castle

The emerald castle is the royal house of Charles but The wicked Duke Zaral is willing to take possession of the throne and strongly determined to eliminate Charles, the only true obstacle to the achievement of his goal…